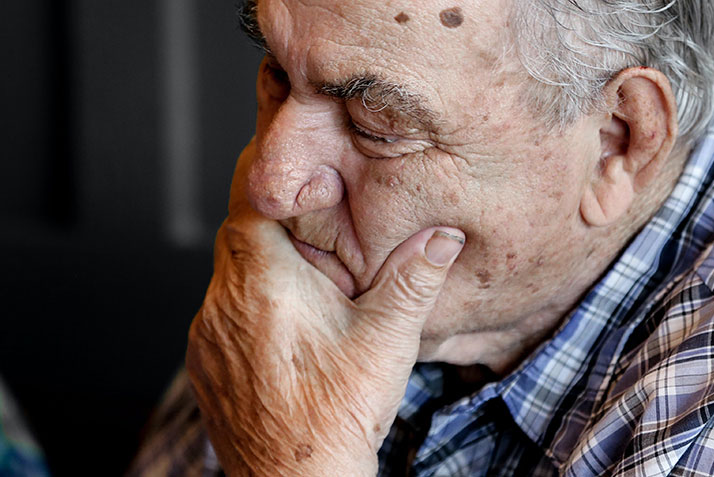 Recently, because of the relatively high work pressure, her menopause has just passed. Two months ago, she suddenly found that her blood pressure was very high, and she was over 179 systolic and under 110 diastolic, and then heard her colleagues say that our clinic uses Chinese medicine and acupuncture to help control blood pressure. She is the head nurse of Western medicine at her institution, so she knows the role and side effects of Western medicine very well, and decided that she wants to give herself three months to try Chinese medicine. If it did not work, she would go try Western medicine.

Because of work stress and menopause, the patient has liver and kidney yin deficiency and yin deficiency-vigorous. The treatment plan is to do acupuncture to eliminate wind, fill the liver and kidney, and then finally lower blood pressure. The body will be in the most effective state when yin and yang are first balanced.
Generally, after the age of 49 (Tian Gujie in Chinese medicine), a woman’s kidney essence has been reduced to very little. It is recommended for women over the age of 50 to eat Liuwei Dihuang Wan to replenish the liver and kidney, which is not understood in Western medicine.

I found that her liver, kidney, and yin deficiency were very clear. In the case of Western Medicine this may be diagnosed as Sjogren’s syndrome, the mucous membranes of the body’s internal organs will be dry, and the skin will also be dry, including the dry intestines of the large intestine. There is dandruff, the whole body is dry, the eyes are dry, and the nasal cavity is also dry. This is a very common condition.

I treated her with acupuncture on the points to nourish the liver and kidney, like Taichung and Taixi are also instructive, Yinlingquan, and also gave her a little adjustment of Zusanli and Sansli in terms of qi and blood. I then prescribed a Chinese medicine that uses Tianma Gouteng decoction as the base. Tianma Gouteng decoction removes the liver wind. It has a very good effect on the high blood pressure caused by hyperactivity of the liver and yang. After taking it for about two weeks, she was very happy to come back to me. I saw that her blood pressure was still very high when she first came (February 22), sysotolic 108, diastolic 176.

I gave her a special suggestion, as I am also interested in food and different ingredients and sometimes give suggestions along this line to my patients. I put together a recipe for celery juice for the juice bar because she felt very comfortable after drinking it. After drinking for a week, she started to drink Chinese medicine again. She felt that after a week of drinking, she felt much more calm and her blood pressure dropped.

60% celery juice, 25% shage, 5% watercress juice, 5% kale vegetable juice, 5% cucumber, and half a lemon. Mix it together and drink 16 ounces a day. If the blood pressure hasn’t risen for too long, and she hasn’t taken any antihypertensive drugs from Western medicine, I will let her use this formula of celery juice. By March 24, her blood pressure had dropped to 160 high pressure (systolic) and 91 low pressure (diastolic).

Another Chinese medicine was prescribed: Tianma Gouteng Decoction, Erzhi Pill, mother of nourishing yin and other medicines. Every time the patient came, she was given acupuncture treatment on points for nourishing the liver and kidney. On March 11, her blood pressure was measured twice 154/87 and once again 147/80. She knew that TCM would help but didn’t realize how miraculous it really is.

This is a typical example of success. The patient’s confidence in TCM is also very important. We adjusted according to her symptoms from her diet to the prescribed herbs, and then gave her acupuncture treatment. She later brought several nurses, as well as her colleagues, to also have their bodies adjusted with Chinese medicine. We prescribe all of these to balance your body